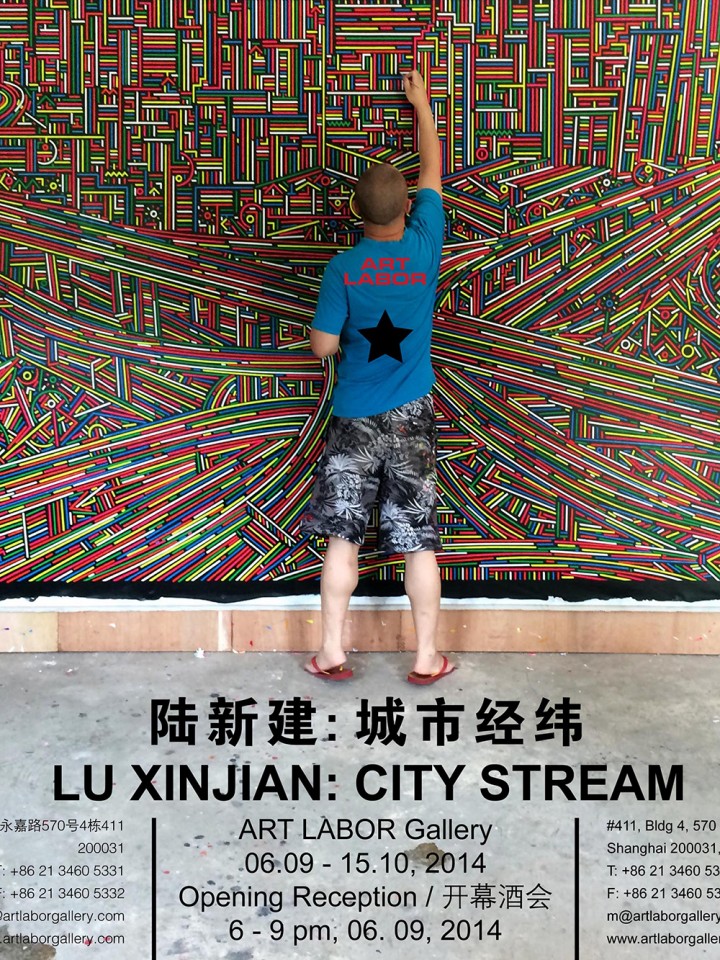 From 2009 to 2014, Lu Xinjian’s artistic practice has evolved from the earliest “CITY DNA” series, through the “Invisible Poems” series in 2011, and now is in its latest form as “City Stream”. Each series is a continuous exploration of ideas in his unique visual style, where simple lines, shapes and colors are the most poignant elements in his works. With his distinctive visual style as the common thread among these three distinctive series, “City Stream” can be seen as a continuance of conceptual development from the previous “CITY DNA” series.

In the “CITY DNA” series, the artist was largely inspired by birds-eye views of cities found on Google Earth. In these art works, he traces and reconfigures the streets, architecture and public space from an aerial view of a city into lines, circles and other minimal shapes. In each painting, viewers can immediately grasp the visual characteristics of a city. This graphic simplicity is where the beauty lies in his works, details in the design evoke the layout and the structure of a particular place. Yet the complexity lies within the reflection of the historical, economical, political past up to the present day of the depicted city.

City structure is a repetitive motif in Lu’s practice. The artist’s obsession with city structures is the motivation behind the creation of the new series “City Stream”. To the artist, the urban structure is where our life stories happen — a “container” of lives. Living and working in Shanghai, Lu has a special connection with the city he inhabits.

The new exhibition, features 10 large paintings of nighttime Shanghai. Using a black or blue background with pop art neon colored lines and shapes as the foreground, the artist depicts the glamorous night scenes of Shanghai with busy traffic on the elevated highways, countless bright twinkling lights, flashing neon signs and lit-up high-rises. These paintings are the artist’s impression of the city – colorful, energetic, dynamic and always full of life. Lu extracts and expresses the spirit of this metropolis into a visual fiesta.

In the “CITY DNA” series, Lu eliminated the elements of perspective and depth, utilizing the flat, map like aerial view. In these new “City Stream” paintings, the “view point” has become the more prominent feature in his paintings. The perspective has been altered to plan-elevation view to illustrate the structural density of the vertical side of Shanghai, with the road systems painted in an exaggerated perspective to emphasize their importance and uniqueness within Shanghai urban landscape. These double-decker road networks and the density of the city are unlike most other major metropolis in the world. In both of these “City” series, abstracted lines and shapes leave no room for the depiction of human existence. However, these new works create a strong impression of the pulse and the movement of the city that reflects the energy of its inhabitants.While inheriting the fundamental visual characteristics of “CITY DNA” series, the artist’s emotion towards the city becomes evident through the dynamic imagery of his new works. 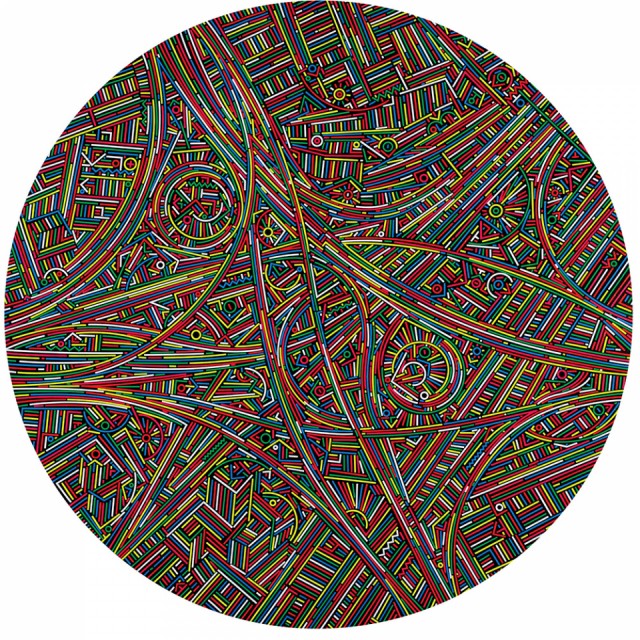 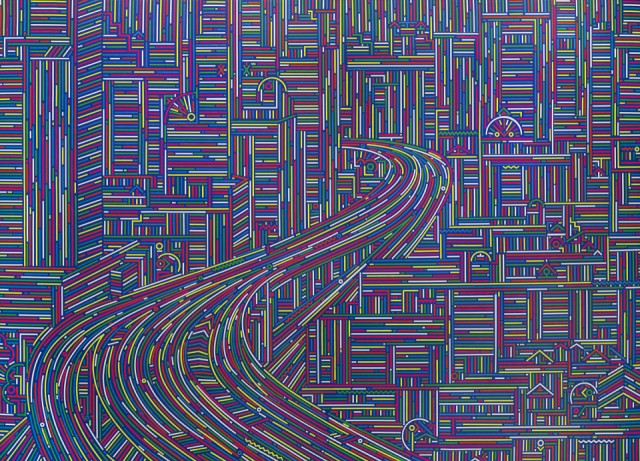 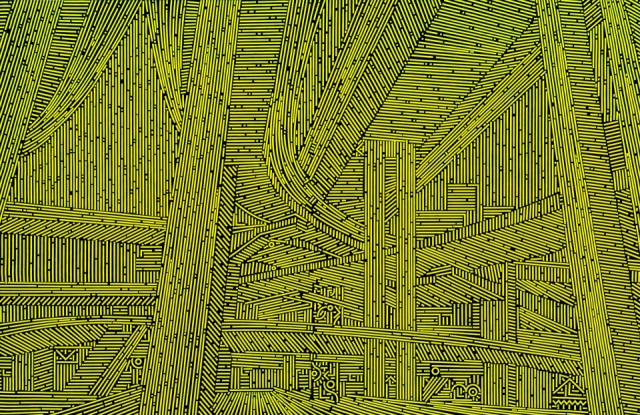 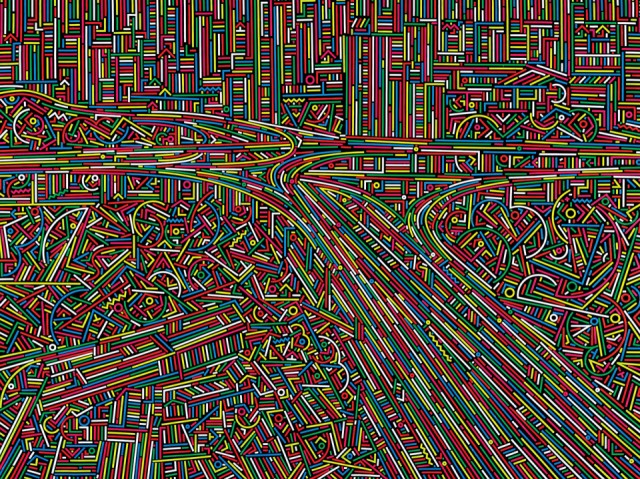 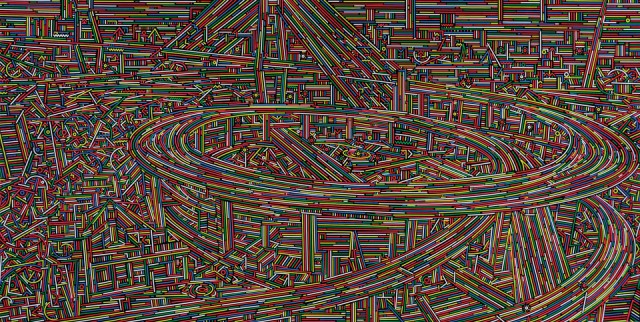 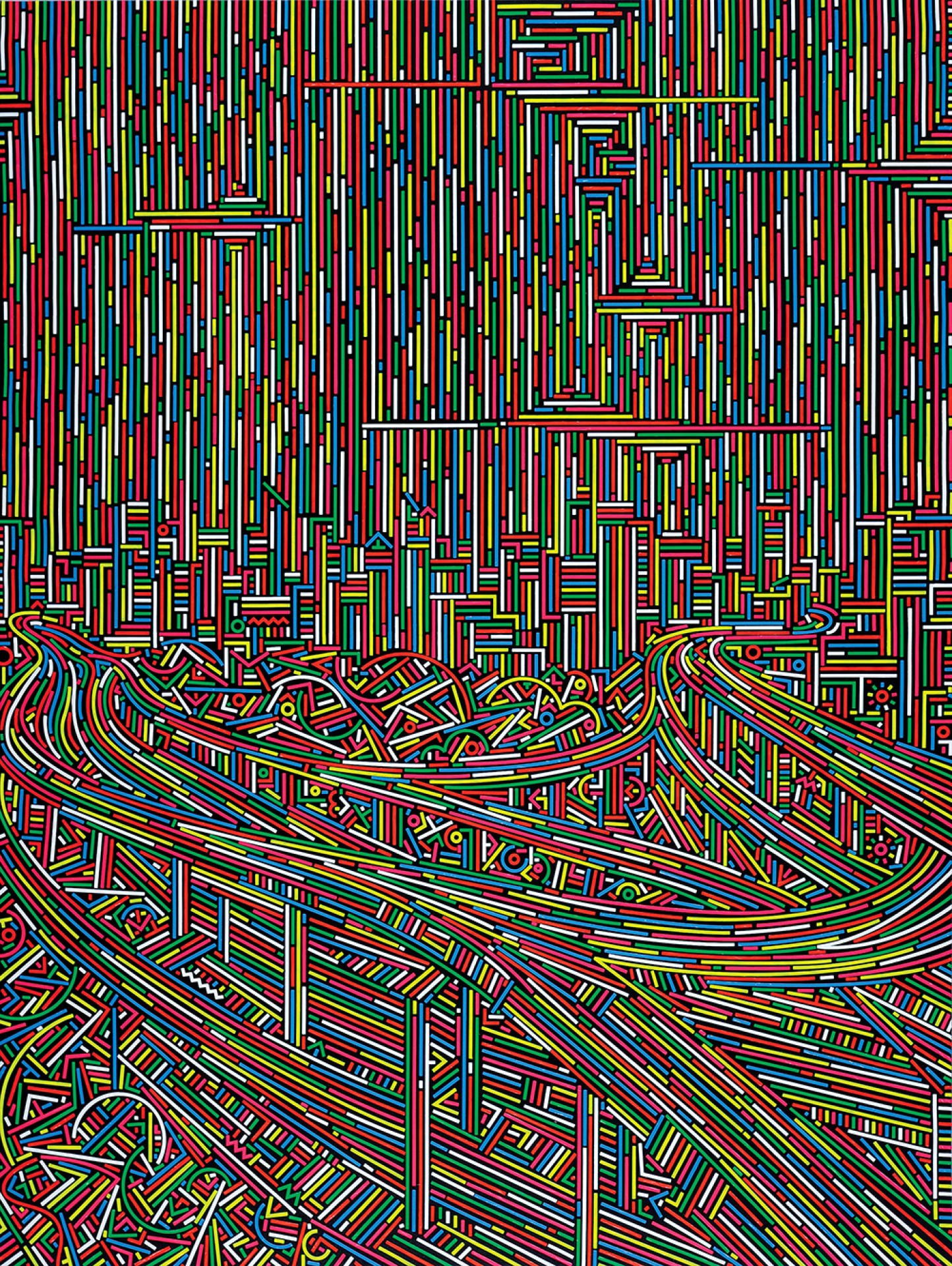 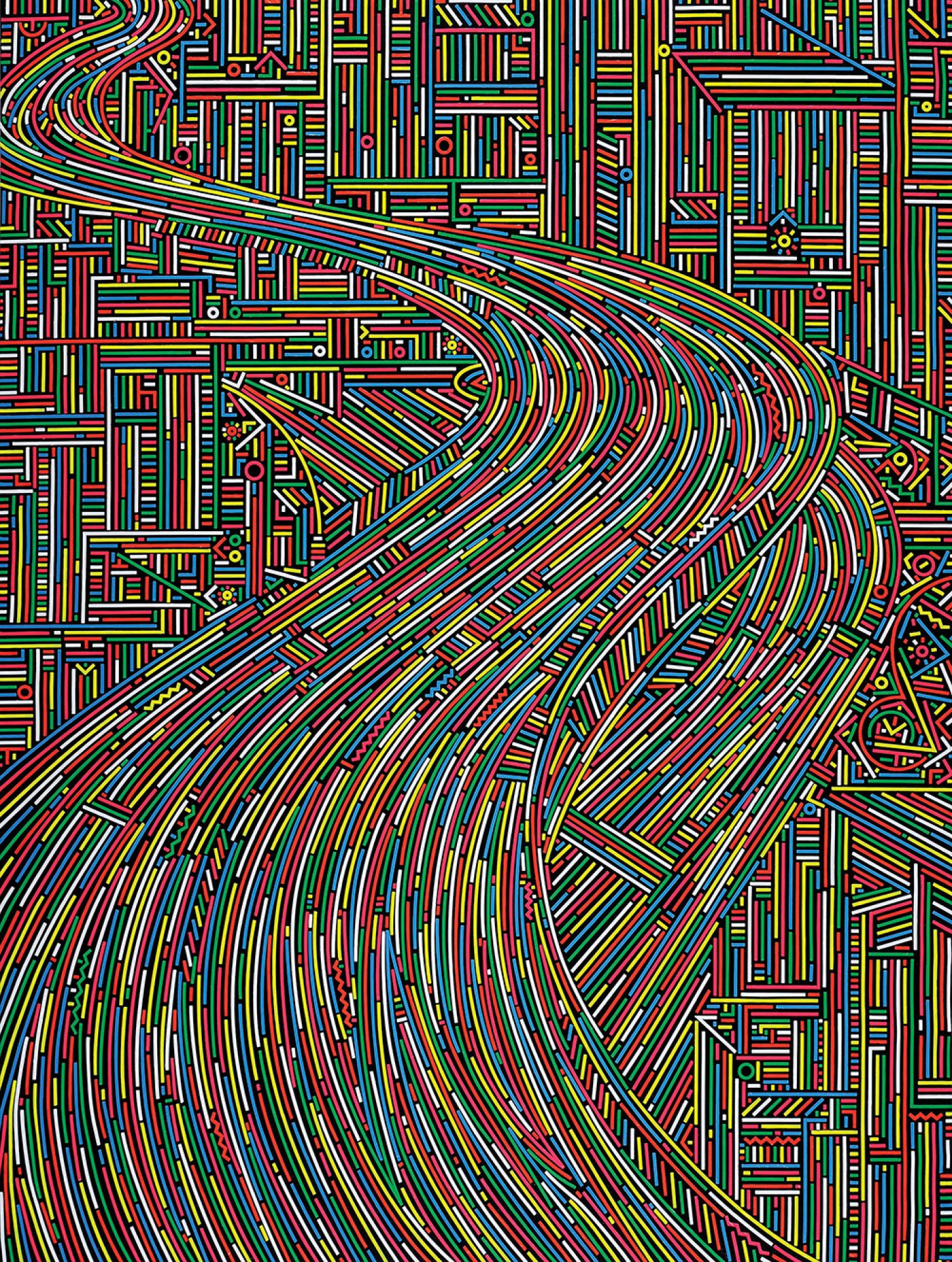 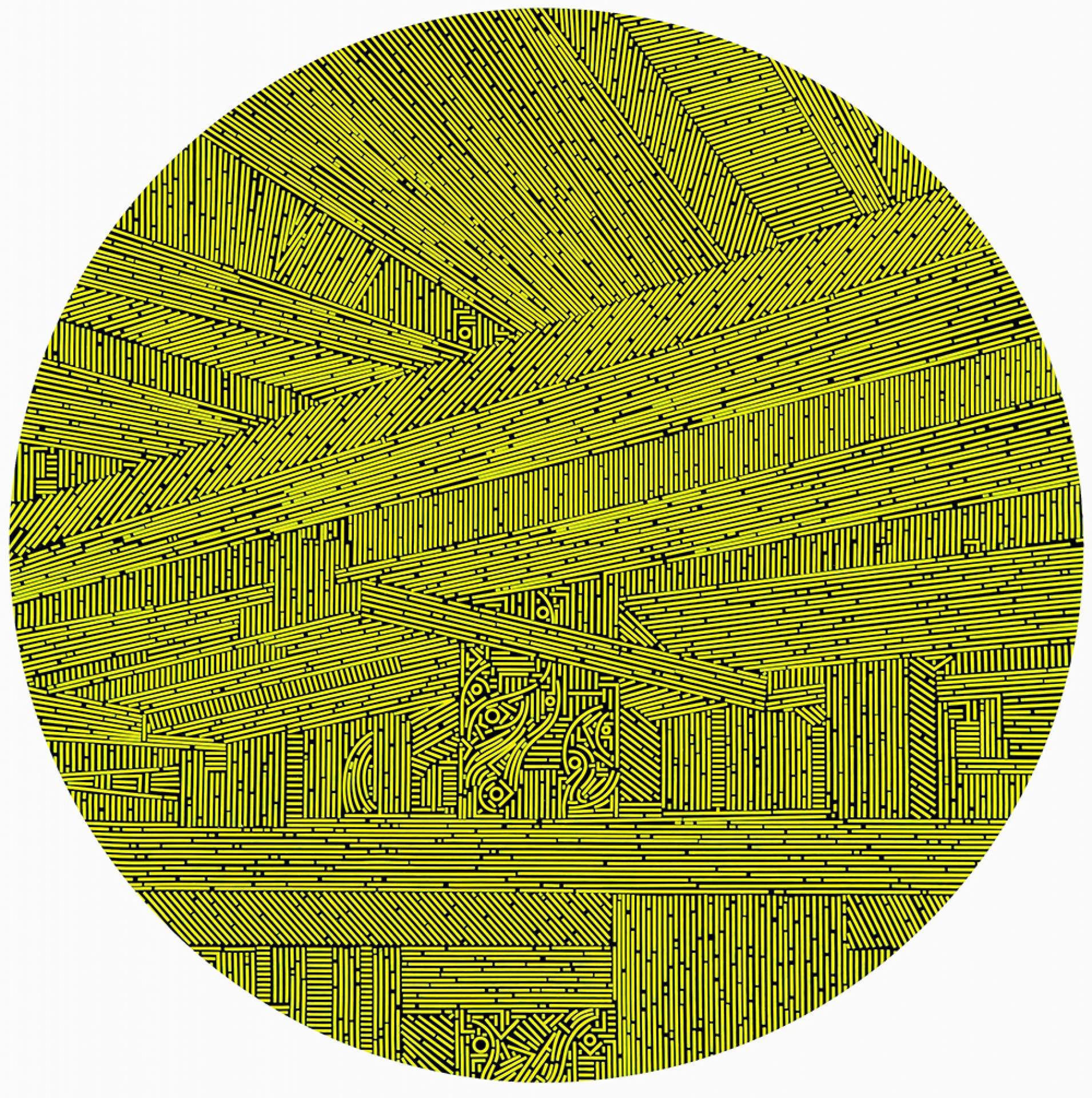 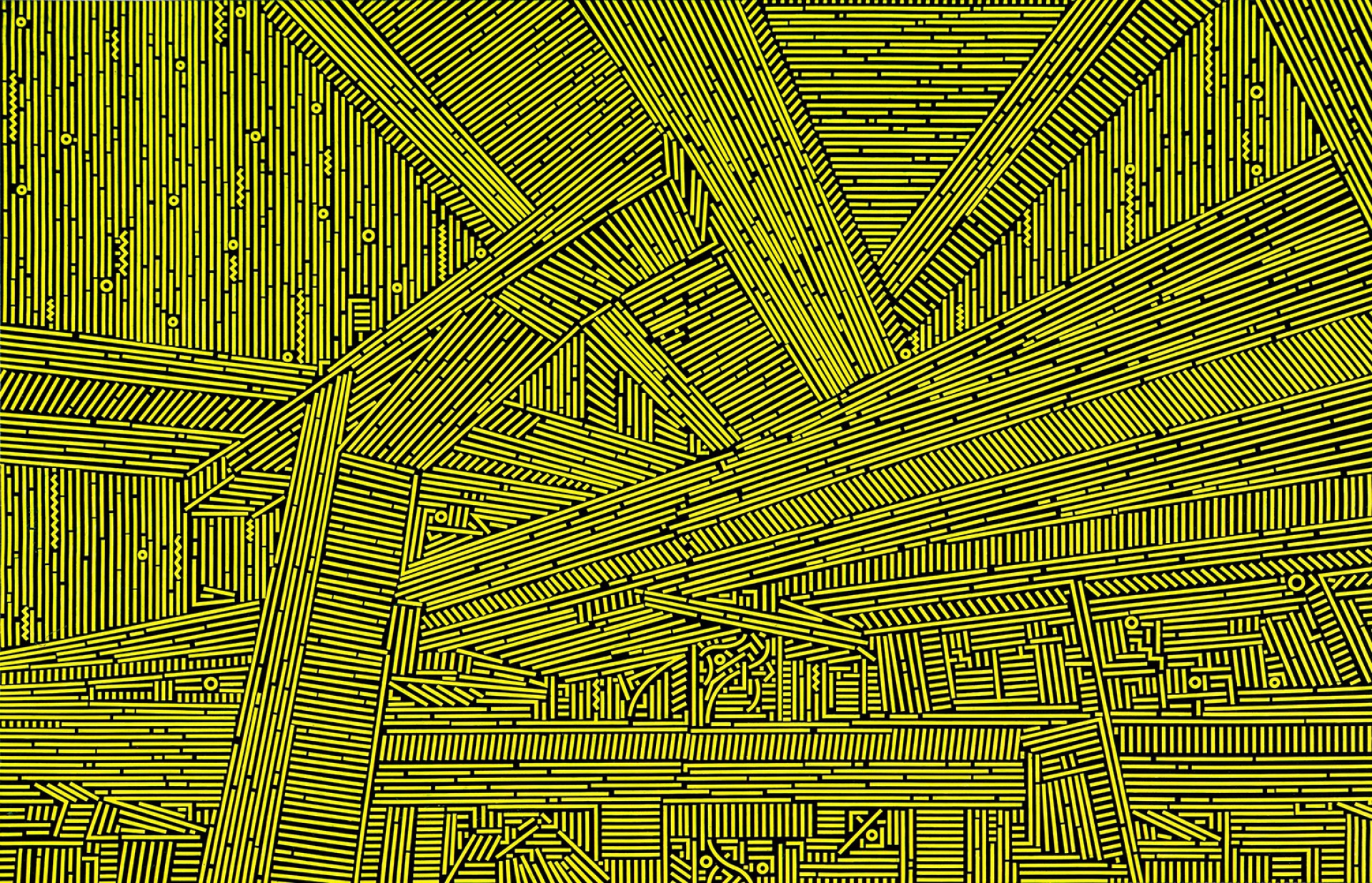 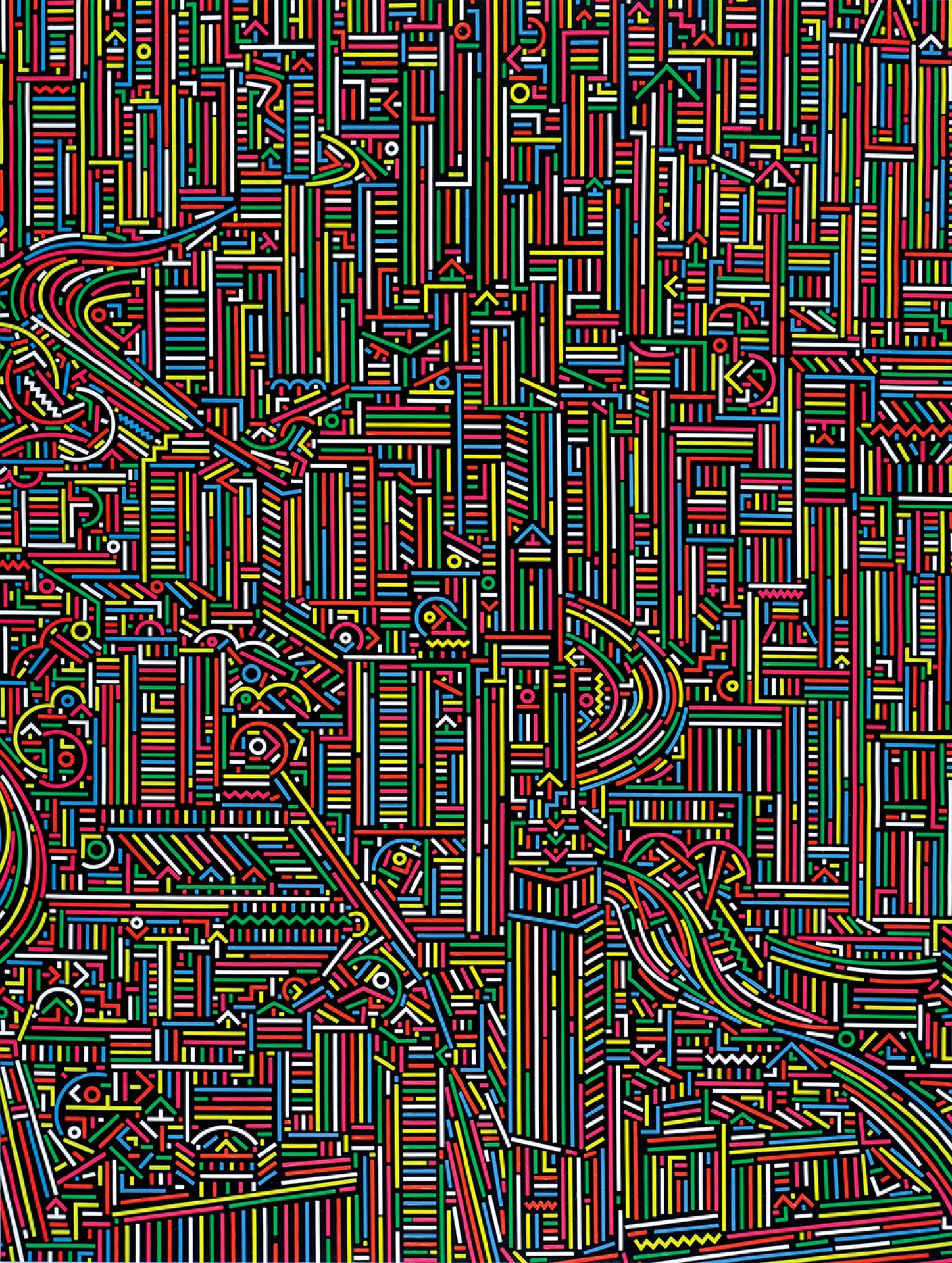