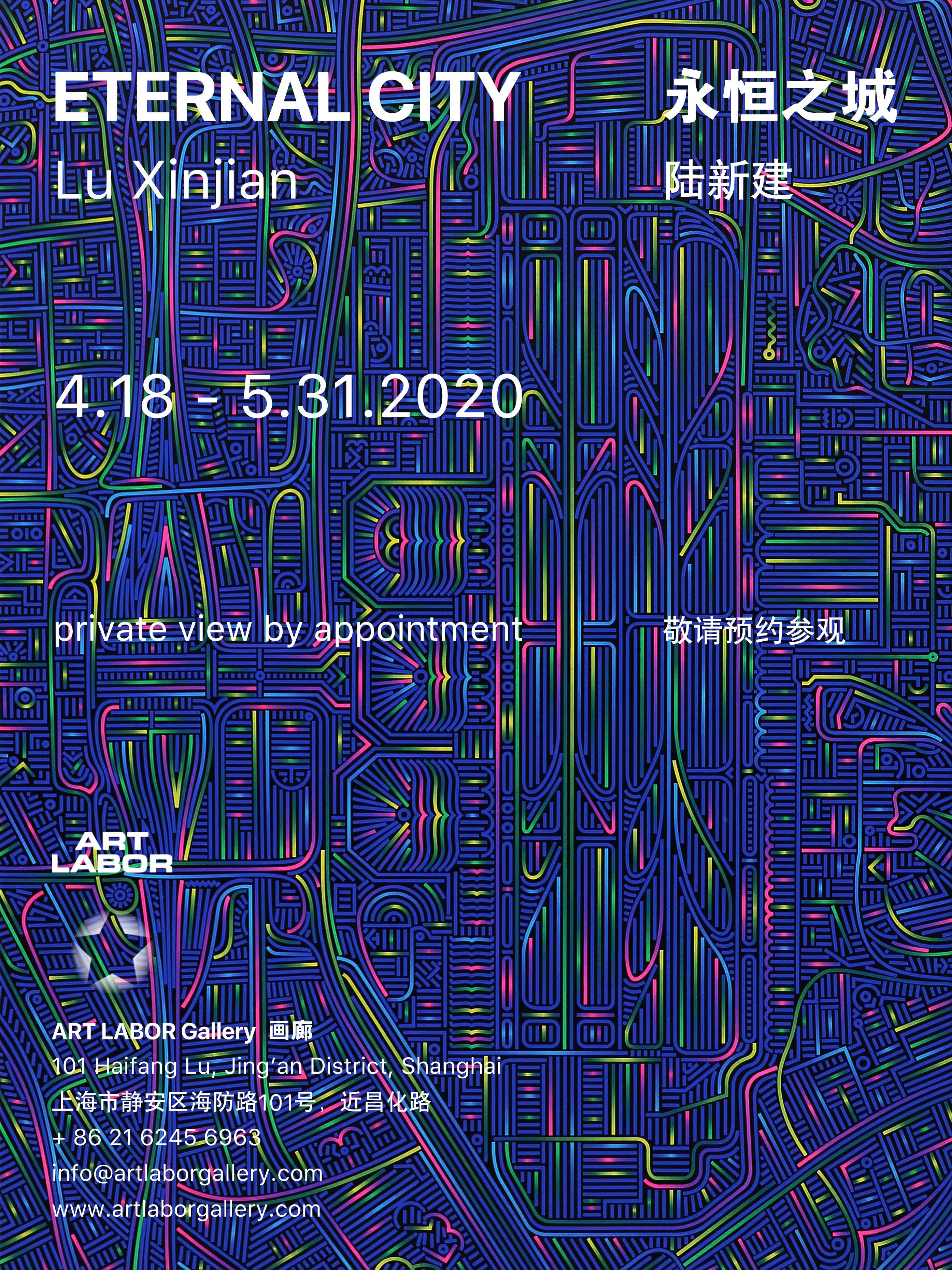 ART LABOR Gallery is pleased to announce its first new exhibition of 2020. Lu Xinjian’s solo exhibition “Eternal City” marks the 10-year anniversary of the collaboration between the artist and the gallery. The exhibition will be held from April 18th to May 31st, 2020. For public health and safety, there will be no opening reception at this time, but we welcome all visitors to make an appointment with us to have a private view of the exhibition.

This exhibition is a mini-retrospective of the artist’s oeuvre, featuring several of his “city” series, from the most recent “Reflections” all the way back to the beginning with his “City DNA” series. Coming from a design background, Lu has developed and matured his unique and distinctive visual language over more than ten years of professional artistic practice.

It all started with his “City DNA” back in 2009. With this series, the artist was largely inspired to take birds-eye views of cities using Google Earth. He traces and reconfigures the streets, architecture and public space from an aerial view of a city into lines, circles, and other minimal shapes, incorporating cartoon-like “faces” and imagery relating the locale into each painting. Viewers can immediately grasp and relate to the visual design and layout characteristics of a city, for example, the block-like structure of Barcelona, the meandering curves of Shanghai, the central focus of Beijing. This graphic simplicity is where the beauty lies in his works, details in the design done in hard-edge technique with tape and hand painted each line evoke the layout and the structure of a particular place. Yet the complexity lies within the reflection of the historical, economical, political past up to the present day of the depicted city.

“City Stream” can be seen as a continuance of conceptual development from the previous “City DNA” series. In the “City Stream” paintings, the “viewpoint” has become the more prominent feature in his paintings. The perspective has been altered to plan-elevation view to illustrate the structural density of the vertical side of the depicted cities, with the road systems painted in an exaggerated perspective to emphasize their importance and uniqueness within the urban landscape.

His most recent series “Reflections” marks a shift in approach and view, now seeing the world in its relationship to water, and the canals, harbors, and lakefronts that form the surroundings of many of the world’s great cities. We see the particular bold juxtaposed colors of his signature style in these “reflections’ of international horizons and skylines.

City structure is a repetitive motif in Lu’s practice. The artist’s obsession with city structures is the motivation behind the creation of all the city series and derives in part from his origins in a very small tea village in the hills of Jiangsu Province. To the artist, the urban structure is where our life stories happen — a “container” of lives, a living organism. Through Lu Xinjian’s unique depictions of cityscapes, their eternal vitality shines on, no matter the challenges. 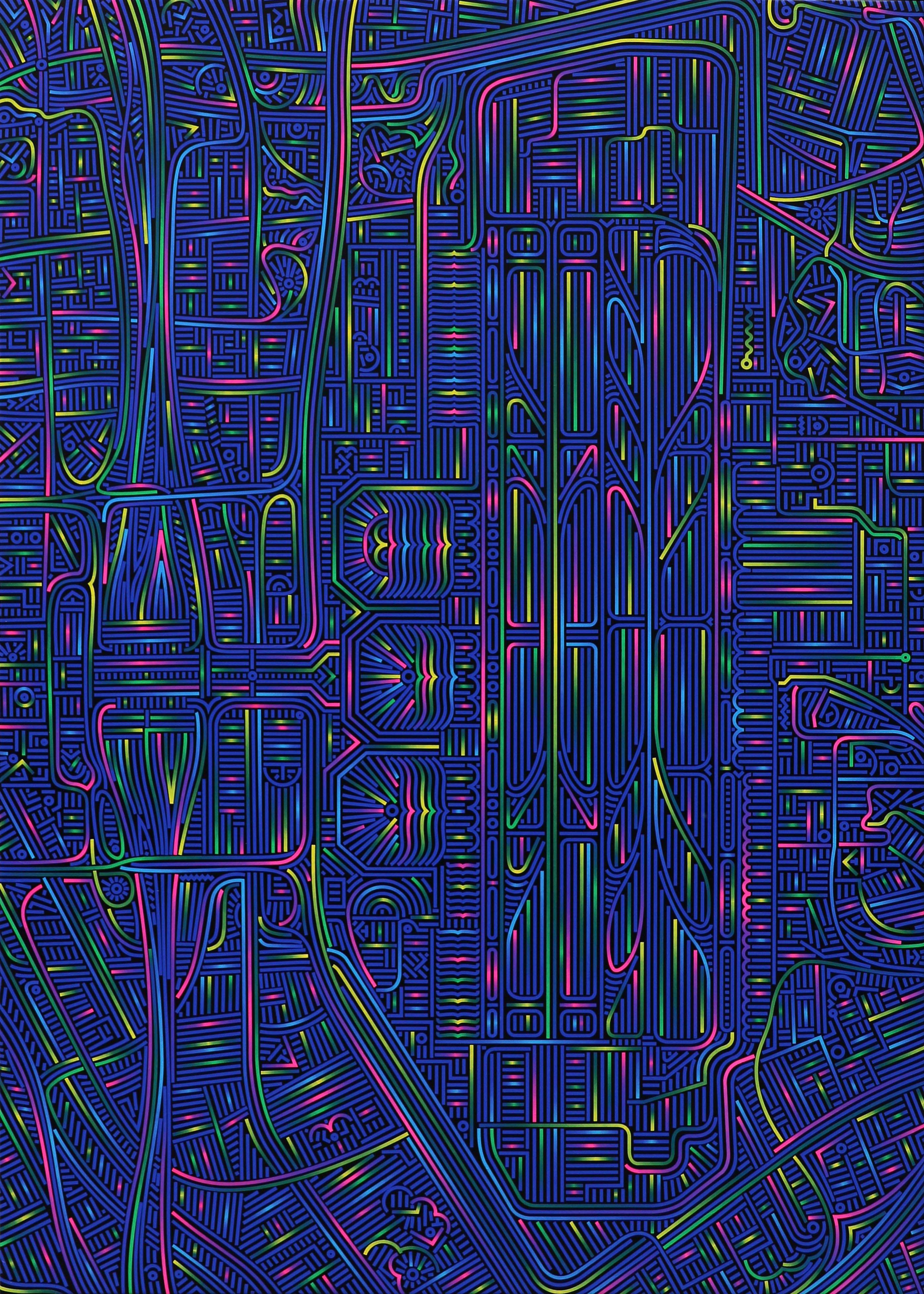 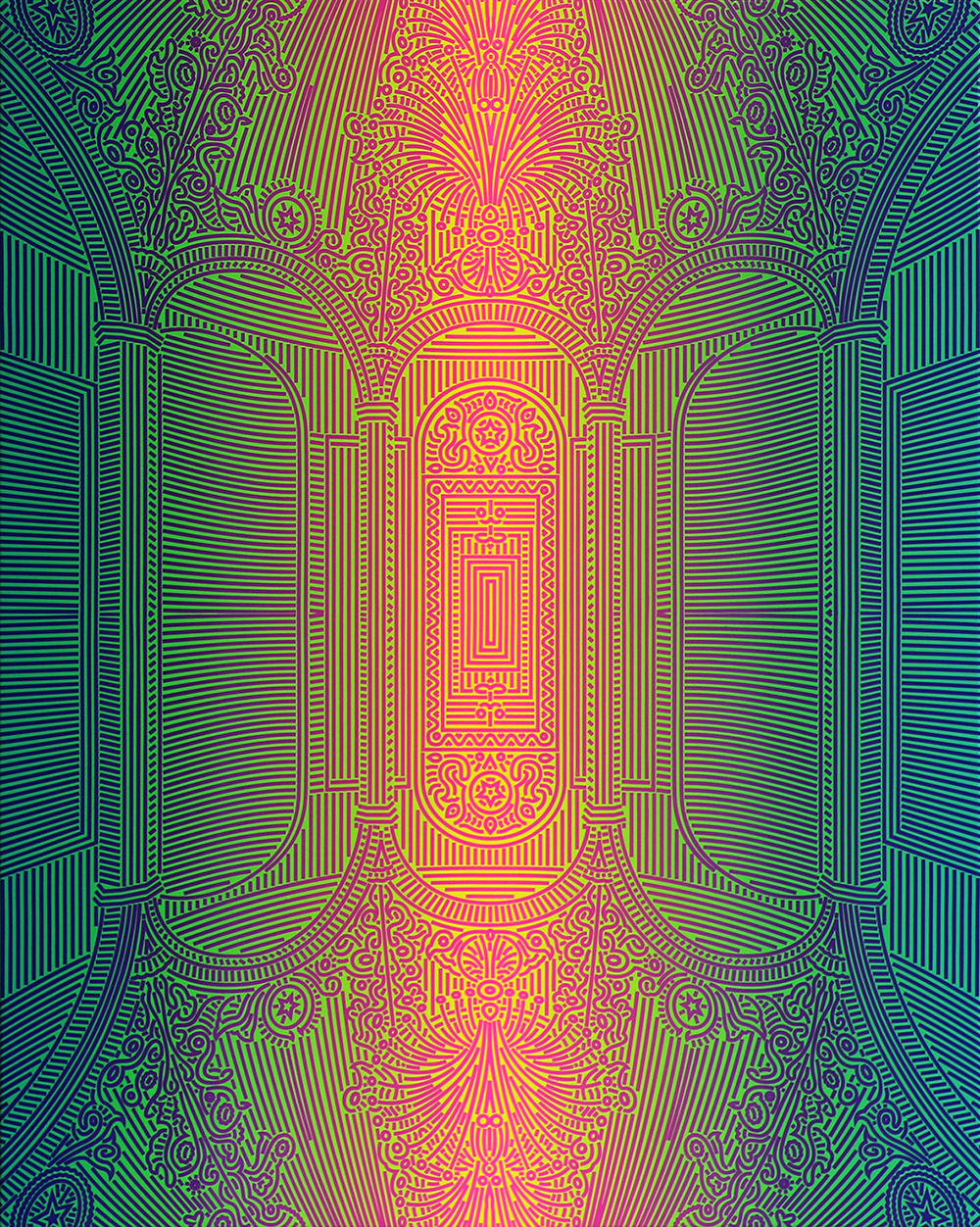 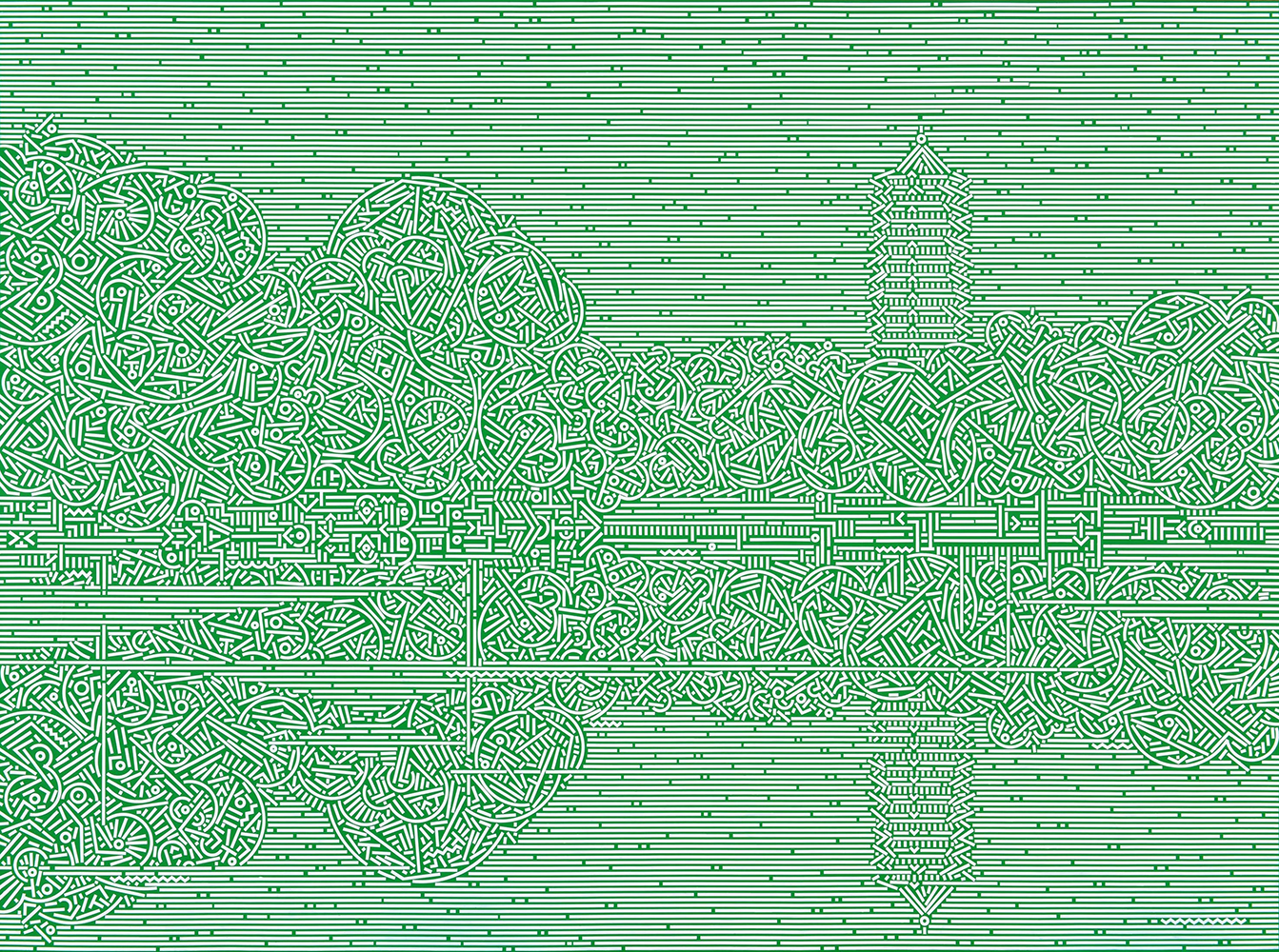 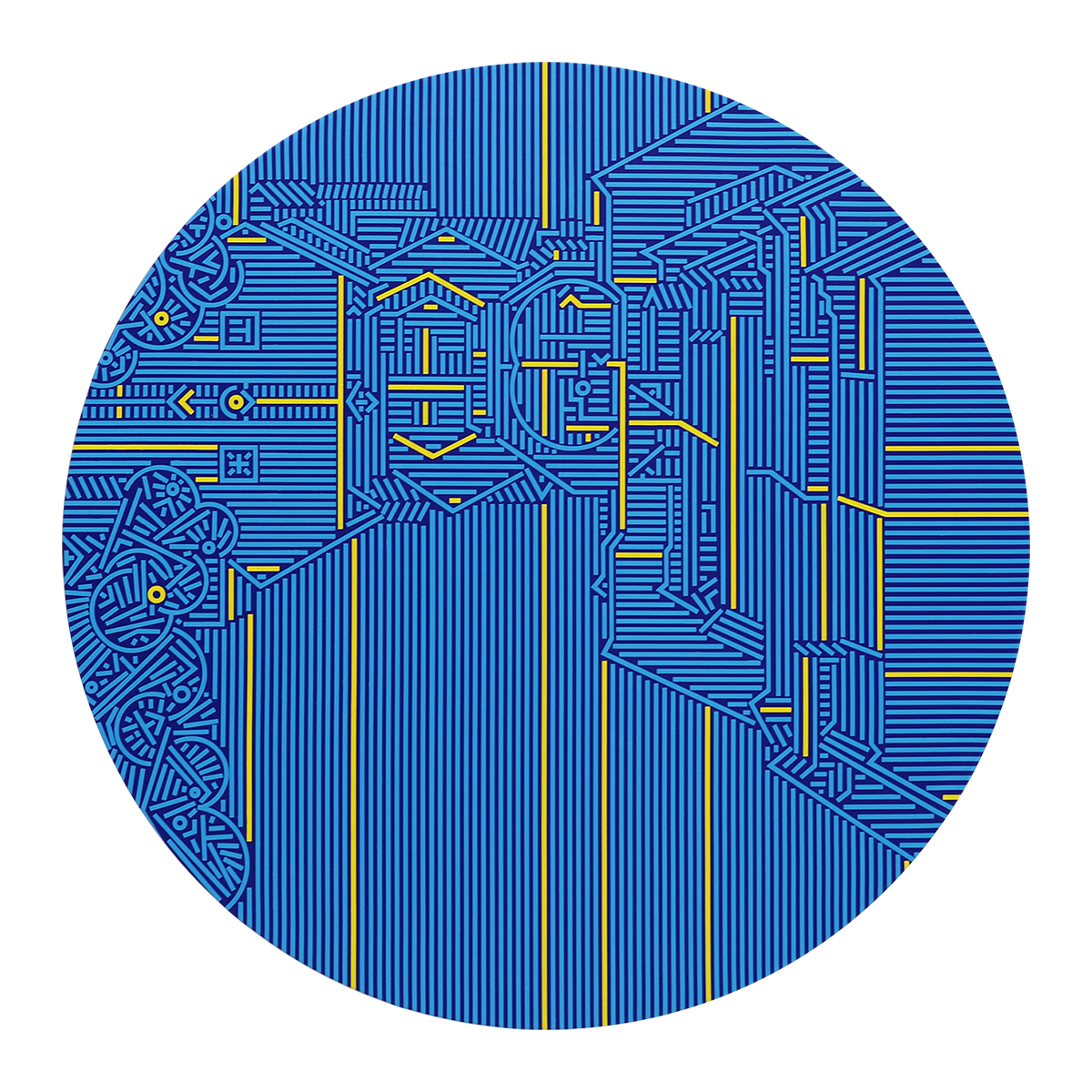 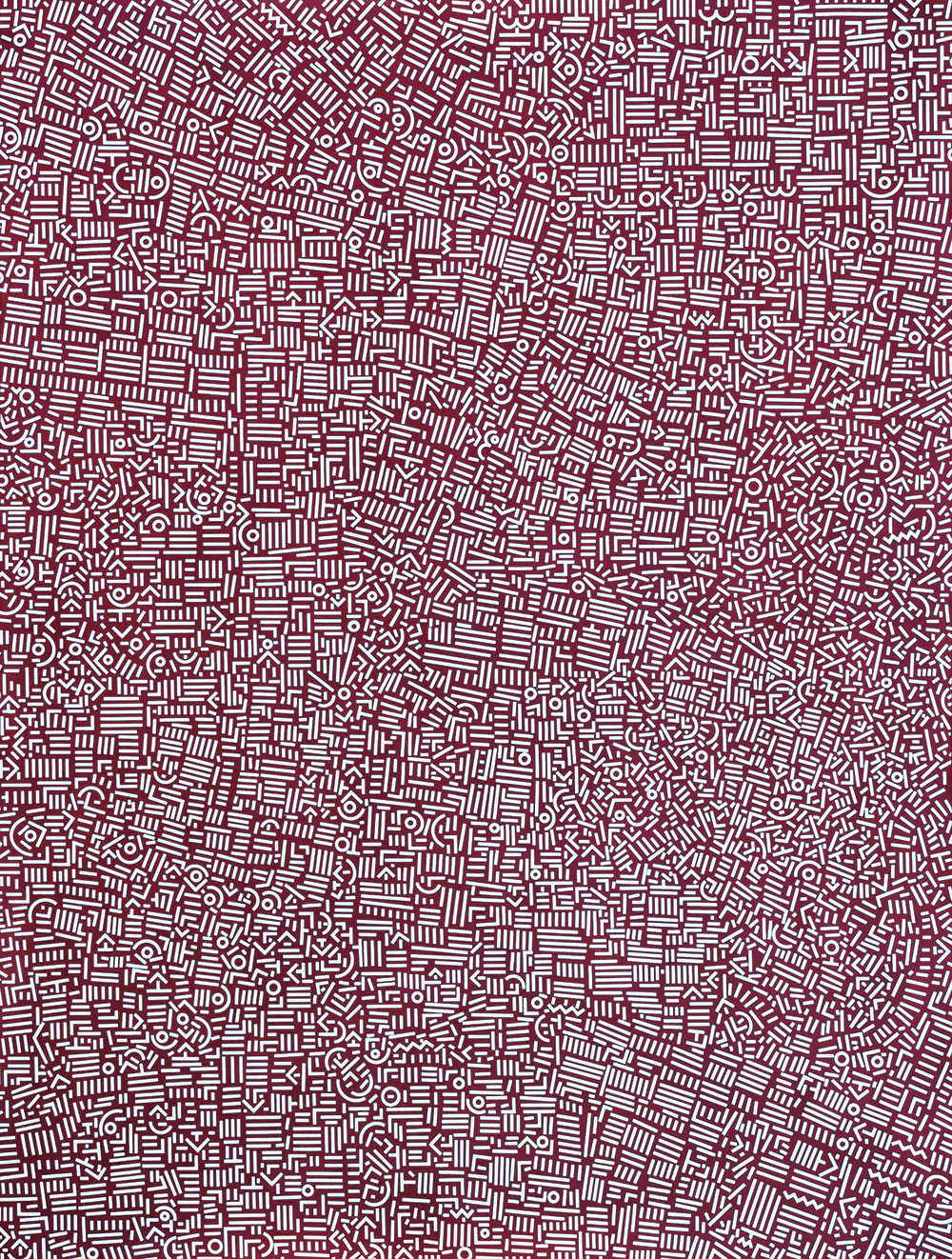 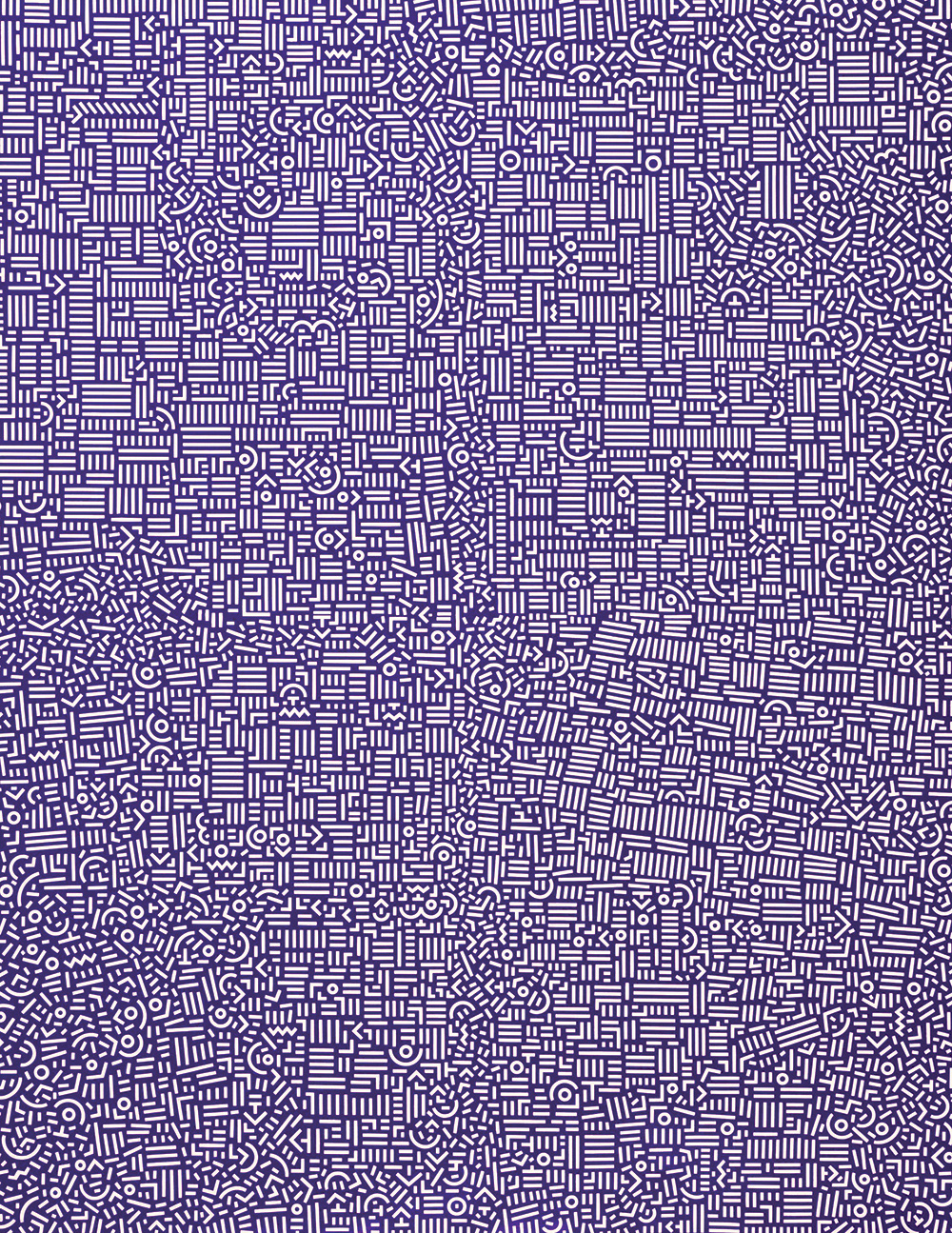