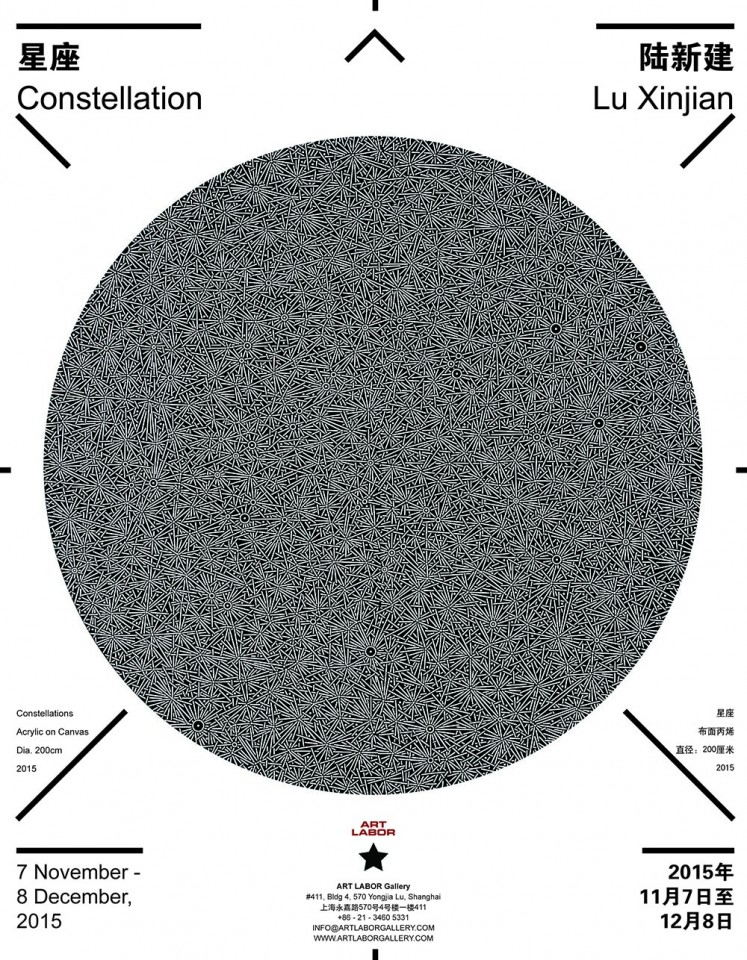 ART LABOR Gallery is pleased to present Lu Xinjian’s new solo exhibition “Constellation”. We hope everyone will join us this Saturday November 7th for the opening event to celebrate this talented artist as he launches his latest series of art works. These paintings feature twelve unique zodiacs, Leo, Gemini, etc, and one larger painting encompassing all twelve constellations together. They have been created using a variation on his singular design style, with a special additional surprise when the lights are turned off.

This is Lu Xinjian’s fifth solo exhibition at ART LABOR Gallery. Already becoming very well known for his urban themed works “CITY DNA” and “CITY STREAM”, he is showing these brand new paintings at ART LABOR, having just returned from a very successful group show in Amsterdam alongside Herman de Vries (representing Holland at the Venice Biennale 2015) and Henk Peeters, both highly respected founders of the Zero Movement, and also a successful sale well over high estimate at Christie’s Fall Auction in Shanghai last week. One could certainly say that Xinjian’s stars are aligning in all the right ways.

For the “Constellations” series, Lu has turned his eyes upward one hundred and eighty degrees, taking his focus into outer space. From mapping cities to mapping the night sky, Lu has been experimenting and exploring new directions and themes since 2008, while maintaining and refining his unique visual language along these years. Unlike other paintings he has produced before, this new series of art works can also be viewed in a dark environment for an entirely different visual experience, being, as they are, partially painted with phosphorescent paint.

For this solo exhibition, the artist has produced a set of 60 limited edition hand made silk screen prints on Canson BFK paper that will be debuted at the opening. These prints also have a special quality when the lights go off!

Lu Xinjian was born in Jiangsu Province in 1977. In 2000, he graduated from the Graphic Design department of the Nanjing Arts Institute. From 2004 to 2006, he studied in the Netherlands at the IM Postgraduate Department of Design Academy Eindhoven and he holds an MFA in Interactive Media and Environment from the Frank Mohr Institute. 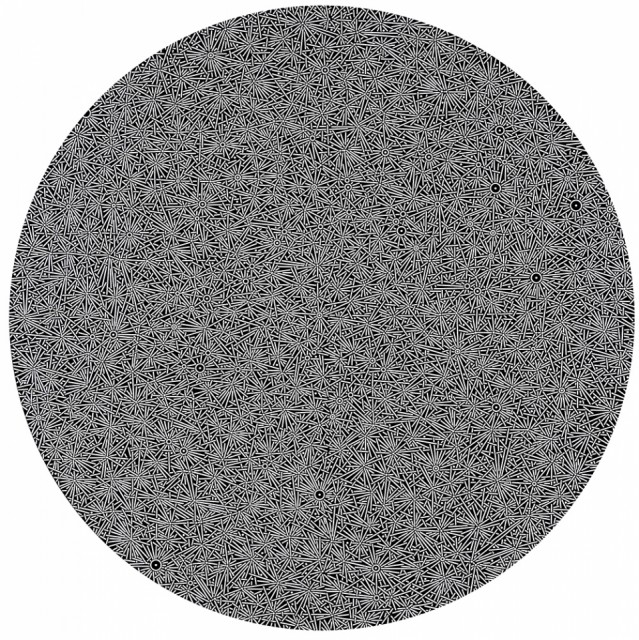 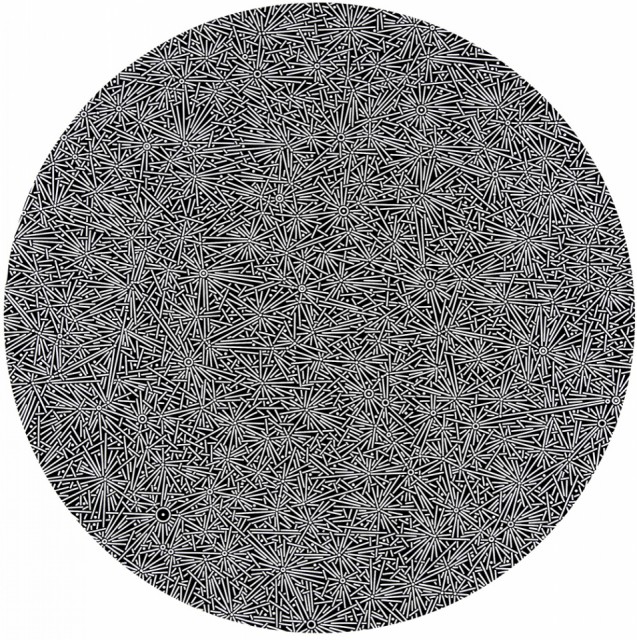 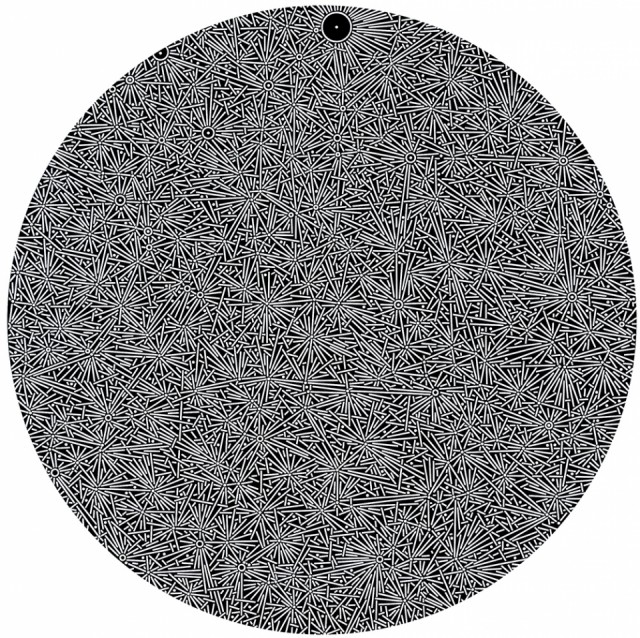 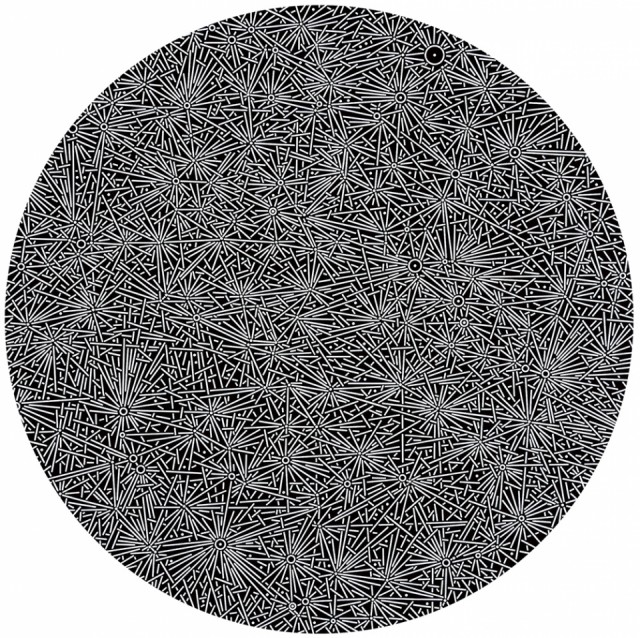 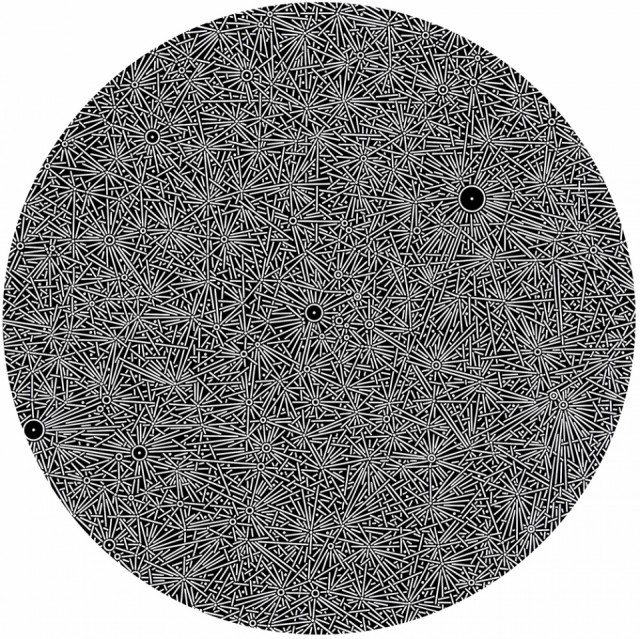 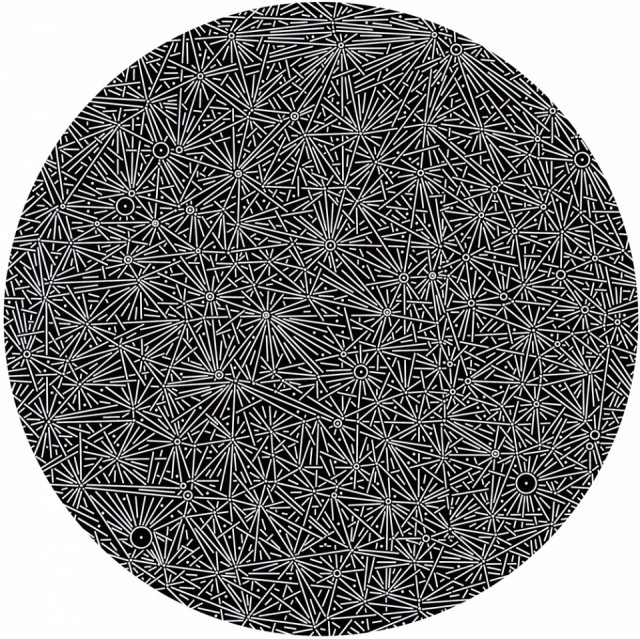 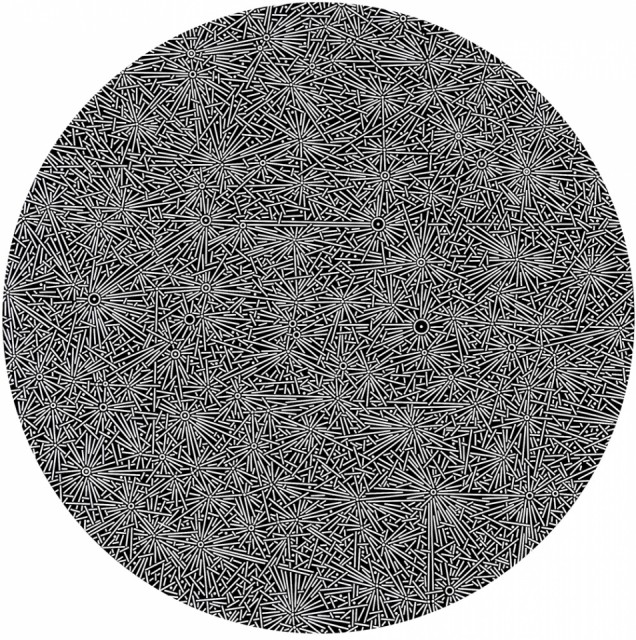 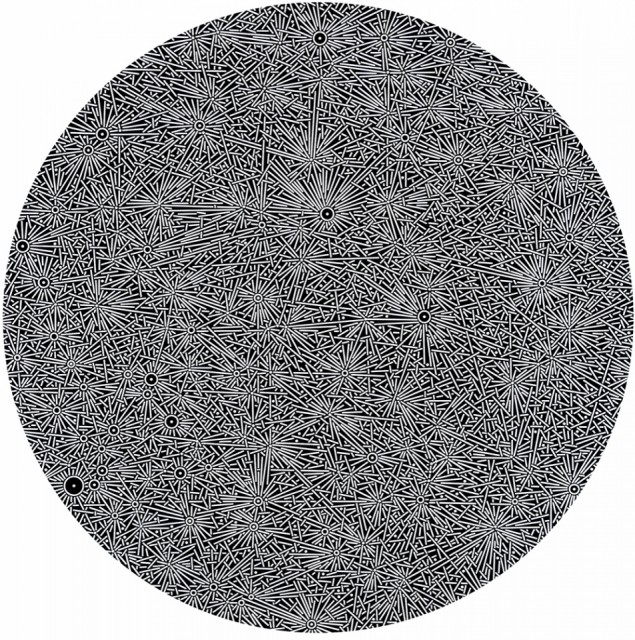 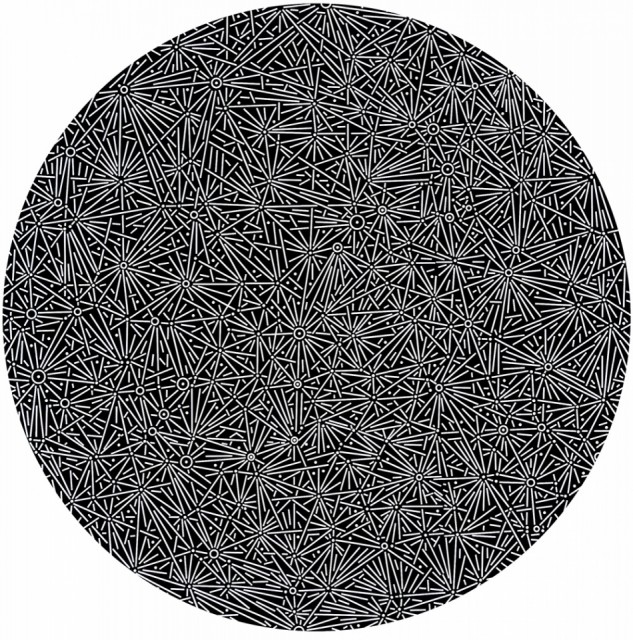 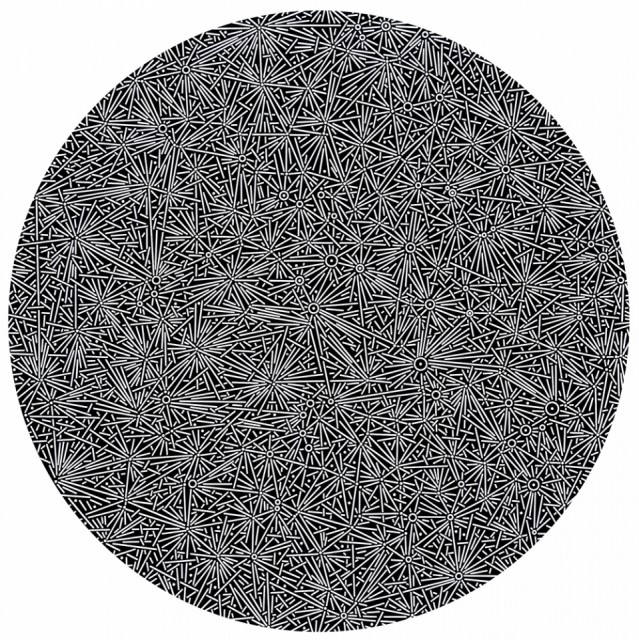 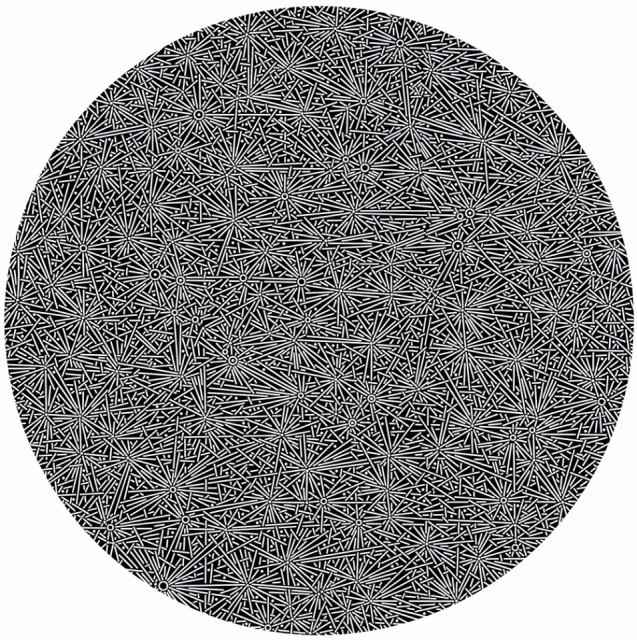 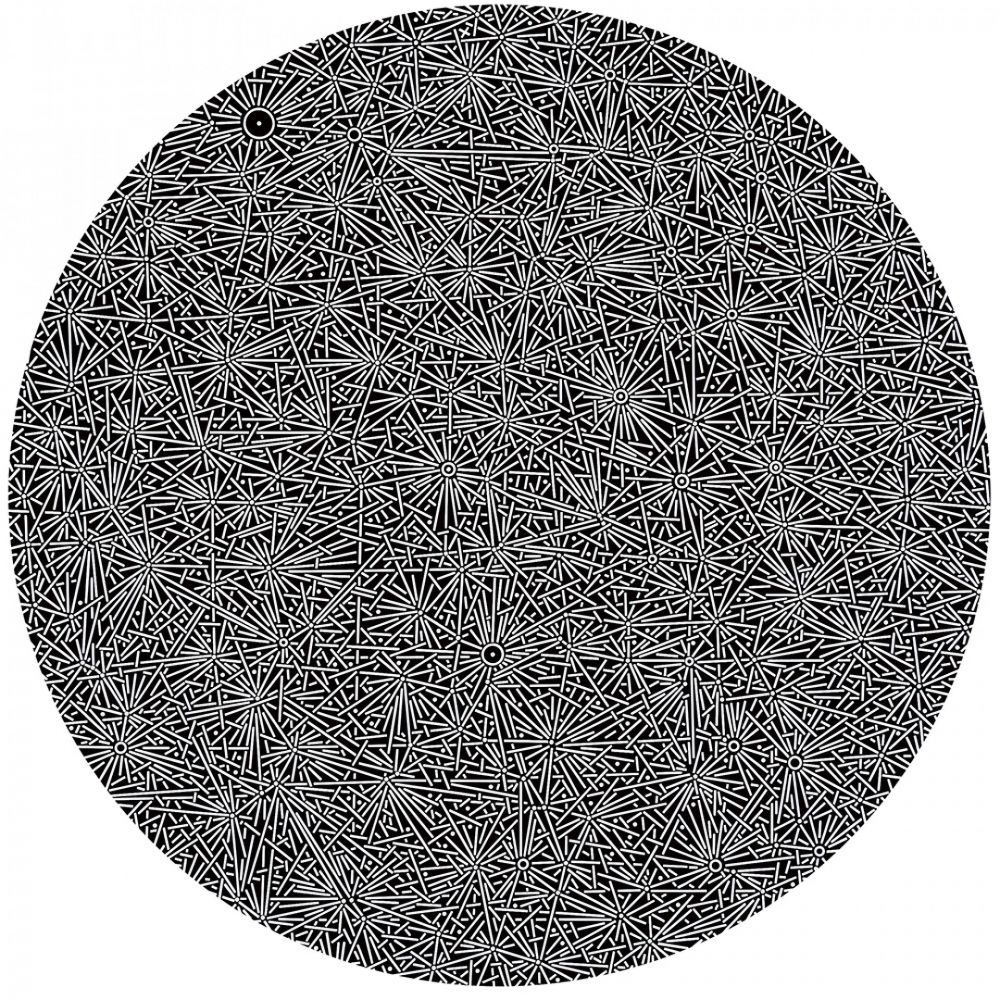 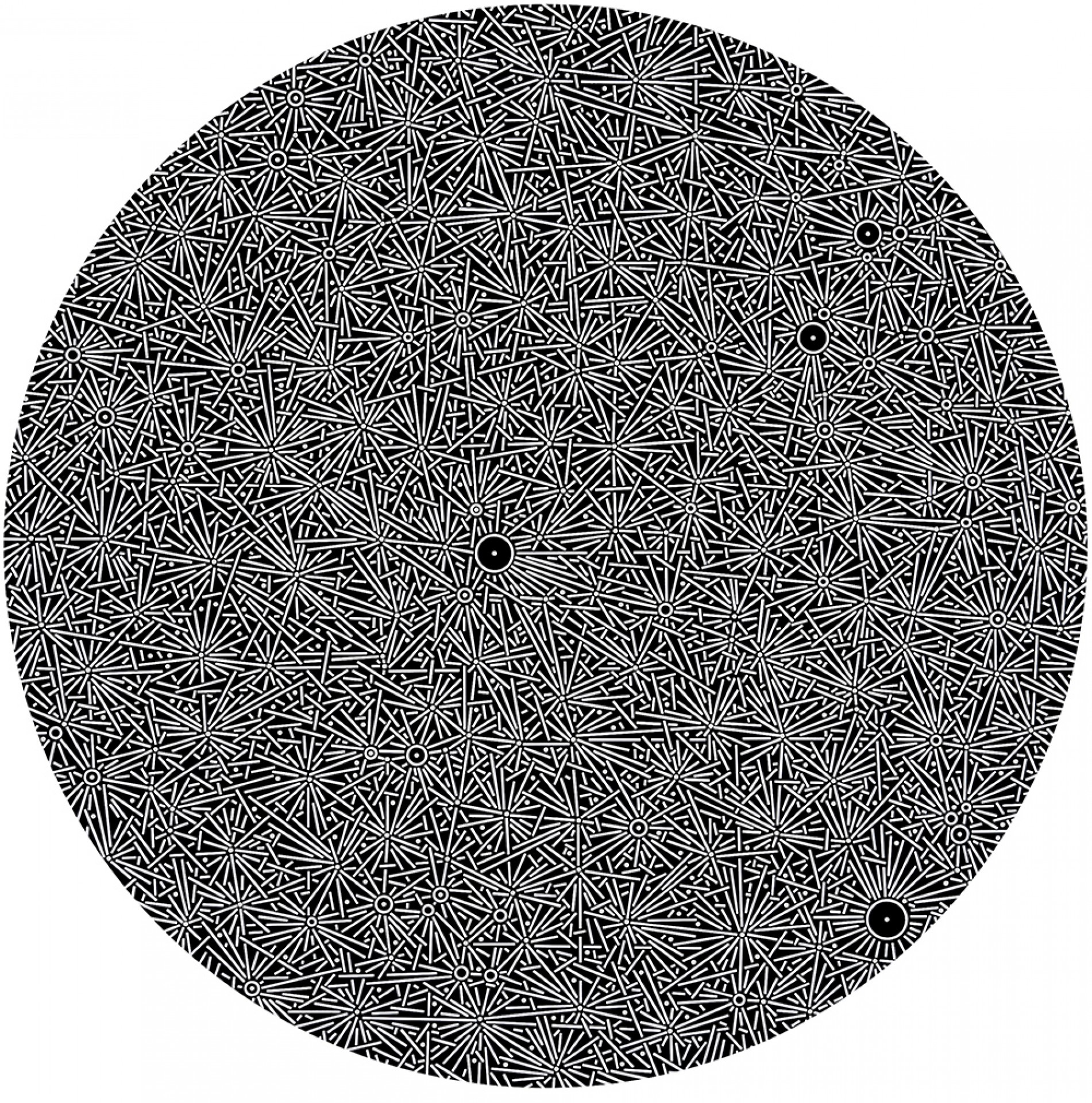